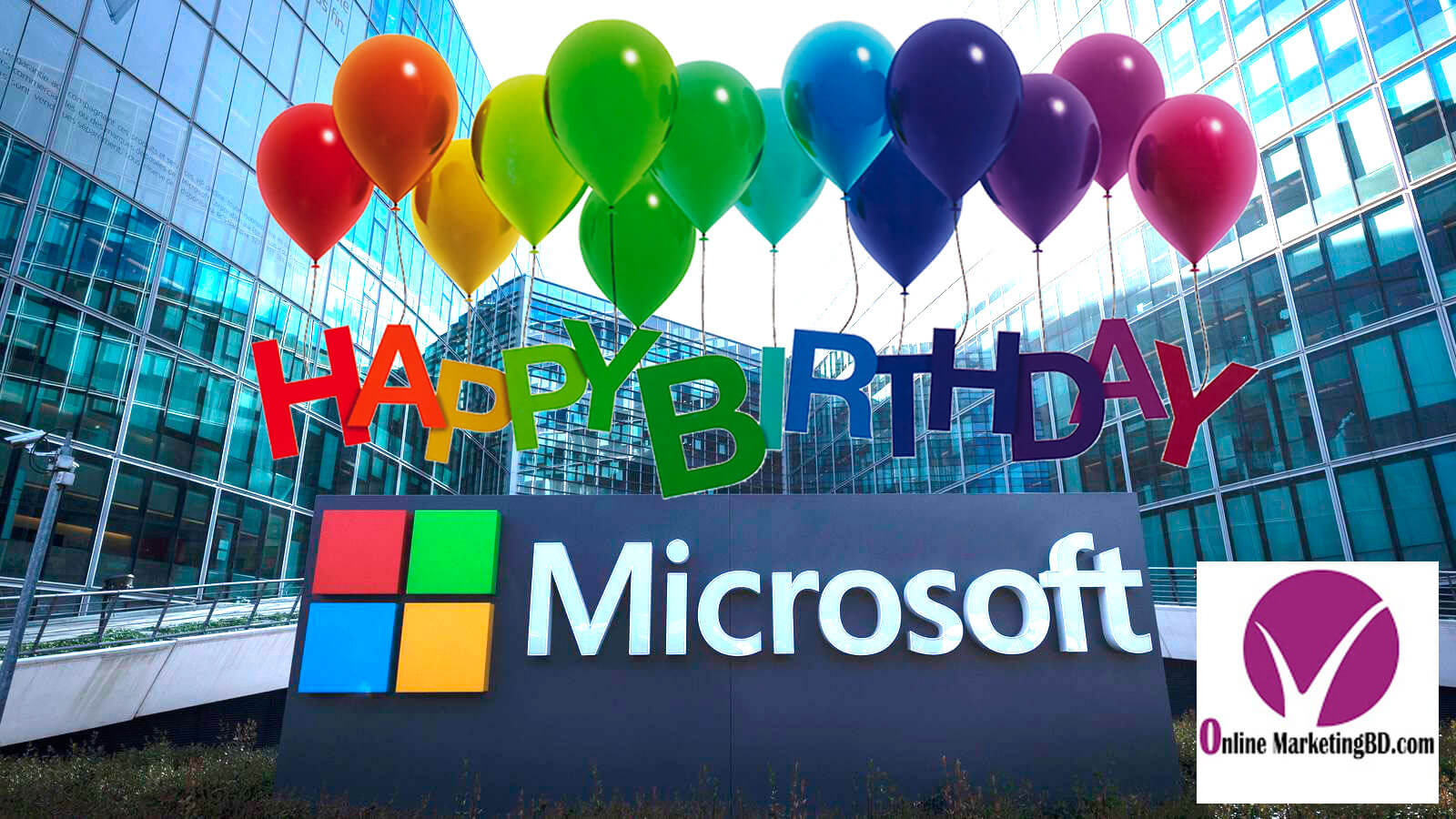 Today is the birthday of Soft giant Microsoft. It has started its journey on April 4, 1975. The company’s journey began with the hand of Paul Allen and Bill Gates. At that time, the two friends were 19 and 22 years respectively.

Later in 1985, the first Windows-based operating system (OS) Microsoft 1.0 was released. Which became very popular and the next year Bill Gates became the young billionaire of the world at the age of 31 in that period.

Currently, 81.9 percent of the desktop computer market share is in the capture of the Windows operating system.

At present day, Apple is the biggest competitor of Microsoft. but
you will be surprised hearing that Microsoft invested 150 million dollars to protect Apple from bankruptcy in 1997.