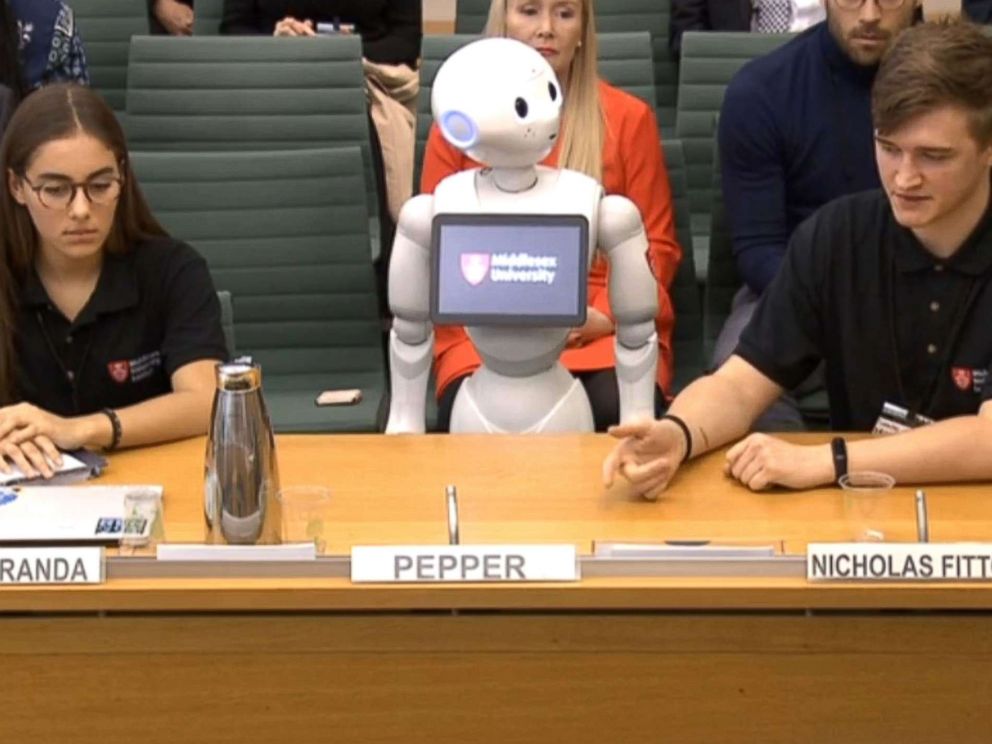 Japan’s talking robot Pepper appeared for the first time in Britain’s Parliament on Tuesday. The Education Committee of UK parliament invited this humanoid robot just to hear on artificial intelligence (AI) and “the fourth industrial revolution.”

MPs on the education committee invited Pepper robot to answer some basic questions.

If  AI reigns supreme then what would be the place of the human in a brave new world, the Pepper was asked this question. Pepper responded in a reassuring voice.

“Robots will play an important role definitely, but we will always need the soft skills that are unique to humans including sense, make, and drive value from technology,” the robot said in fluent English.

The robot was asked about some unscripted matters before panellists moved on to discuss several ethics and social injustice. Later, there were many types of discussions between the members of the parliament and the pepper.

Pepper listened carefully all these things during the discussions. ABC News reports that when Pepper entered into the Parliament she addressed the Speaker Good morning and thanked him for inviting her.

A tablet computer has been set on the chest of this robot.

Twitter users got the chance to heap more mockery on Prime Minister Theresa May. The U.K.’s PM  has been the subject of periodic jokes on social networks as she struggles to pull her country out of the European Union while minimizing damage.

Comparisons to the May’s tendency to dance in a robotic manner and speak with methodical precision traits that have earned her the nickname “Maybot” quickly appeared on social media.