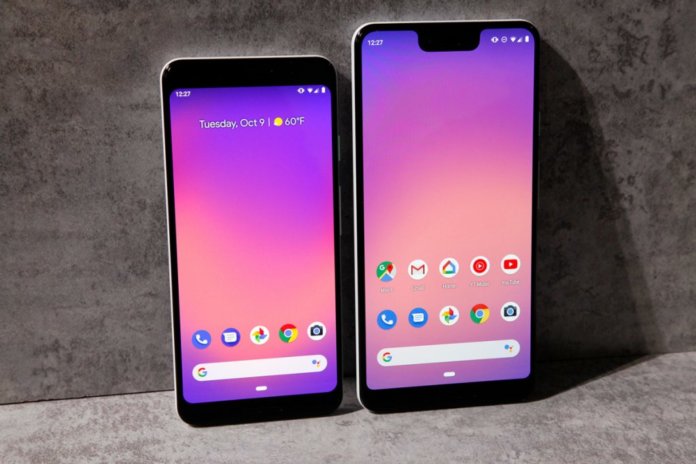 Interestingly,  before the ending of the event, the phones were opened for pre-order.

pixel 3 and pixel 3XL will be available in the market by the end of this year.

Here are the details of pixels 3 and pixel 3 XL.

The pixel 3 XL phone will have a 6.3 inch OLED display, with a resolution of 1440 * 2960 pixels. The device will be run on Android 9.0 operating system. 4GB RAM, 12.2-megapixel camera. There are 8-megapixel dual cameras in front. Video can be recorded in 4K resolution. Qualcomm Snapdragon 845 chips processor. It will have 3430 mAh battery. The pixel 3 XL 64GB version will cost $ 899 and the price of 128GB will be $ 999 dollars. The phone will be available into the market on October 18. Then the phone will be released on November 1 around 12 countries.

Ajkerdeal - October 3, 2019
0
Walton LED TV Price in Bangladesh Walton is a Bangladeshi brand; Whose headquarters are located in Dhaka. Its main factory is located at Chandra in...

Ajkerdeal - September 30, 2019
0
Fotua and Top for Women at a Low Price: Fotua, as well as tops, has actually ended up being a preferred and also comfortable style...

Ajkerdeal - September 30, 2019
0
Best Mobile Game Console and Gaming Device for PC in Bangladesh The computer game is one of the most well-known methods of entertainment for us....

Ajkerdeal - September 30, 2019
0
Get Guitar Gig Bags, Guitar Straps Online in Bangladesh: Guitar bags and straps are extremely essential if you go out having your guitar with you....

Buy Newest Electronics as well as Gadgets Online in BD

Ajkerdeal - September 29, 2019
0
Buy Photocopy Machine on EMI in BD: Ajkerdeal has a wonderful collection of photocopy machines. Fortunately is you can acquire a copy machine on EMI...

Get Office Machinery Online in BD

Ajkerdeal - September 29, 2019
0
Get Office Machineries Online in BD Ajkerdeal has the biggest collection of all type of workplace materials. You can currently conveniently get workplace devices online...
© All the Content of this site own by Onlinemarketingbd.com