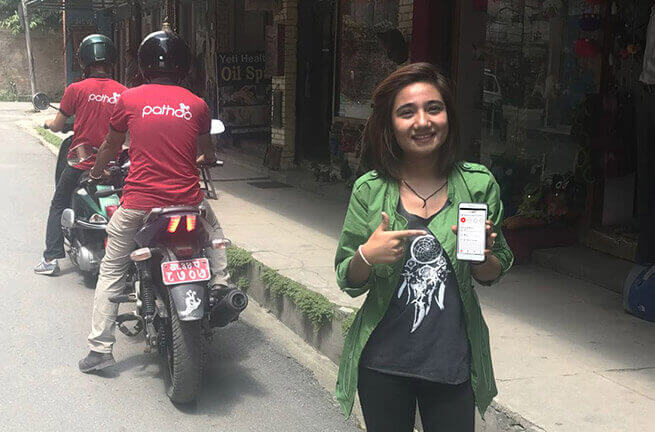 Pathao has begun its activity across the country, after doing successful business in Bangladesh.

Meanwhile, their experimental work is over in Nepal. Within September 2018, Pathao will be officially launching an app based Ride Sharing Nepal. Speaking to the Daily Ittefaq, the CEO of the company Hussein M. Elius said.

Initially, they started their startup activities in 2015. It has already proved that it has been proven to be a realistic solution for development by reducing one of the infrastructures of the country. Currently, there are several Ride Sharing Services Companies in the country. There was no shortage of state-sponsored cooperation to create huge employment and solve civil problems. Hussain M. Elius, CEO of Pathao said, “Pathao has created a platform where thousands of people have been employed and serving millions of Bangladeshi subscribers. When we started our program, the general saw it in a little different. Many commented that such activities would not last long. Our service is completely based on smartphone, internet and Google. Many have said that there are not enough smartphones in the country and those who are not running the Internet, then how this app-based and internet-based service will be popular? We have overcome the adversity. People are using the internet, using apps, using ride-sharing services and we have reached our goals.

Recently, ‘Pathao’ started their activities in Nepal after crossing the country’s boundaries. In the meantime, this matter has been quite well appreciated in different parts of the world. Asked about the activities of Pathao in Nepal, Hussein M. Elius said, “We have already achieved success through various services of the country. We are increasing the quality of our services as well as increasing the range of services. After achieving the country’s success, we decided how to conduct our activities outside the country and spreading the reputation of the country to the world. In this continuation, we decided to launch our program in Nepal. For several months we have been working with Ride sharing in Nepal. In the next few days, the operation will be opened for all the riders formally.