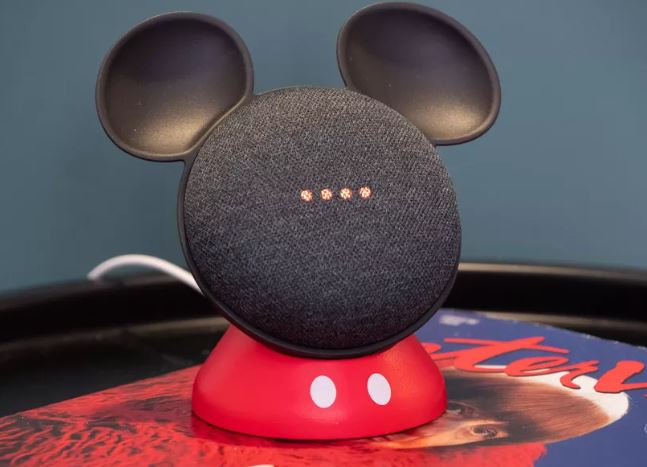 Google has exhibited various hardware products in The Pixel 3 event. They also brought some accessories including the Google Home Mini Mickey Mouse Stand, USB C Headphones and Pixel Stand Wireless Charging. It also brought updates of  Google Home App. Updates of the accessories and new home apps are given below.

This year Google did not offer any new versions of Google Home Mini. Mickey Mouse Stand has been brought for the Google Home Mini. Google had signed an agreement with Disney and Otter Box to build this product. ‘Coming Soon’ has been written with the picture of the stand on Google Store page. The price of this stand has been fixed at 19.95 dollars.

Google did not announce about the release of USB-C headphones, but it has been found at the product page of Google Store. Google has already opened it for sale. The price of white airpods has been set to $ 30. There is a button in the airpod. By pressing it, notification and translation through Google Assistant and Google translate can be heard.

pixels stand will hold the phone in length and also it will charge the battery. Actually, it’s a wireless charger with a fast charging technology. Its price has been set at 79 dollars. whether it will come in the market with pixel 3 series phones or not, it is still unknown. However, it has already been opened in Google Store for pre-order. Not only pixels but also Qi technology based any device can be charged by this pixel stand.

To access into the Android and iOS-powered devices, Google has updated the google home app. It has been added to control many Google Home devices at a time. It will offer advice to select the movie from chrome from now. Already the iOS users are receiving updates of the app. Android users will also be able to get updates on their device in the next week.