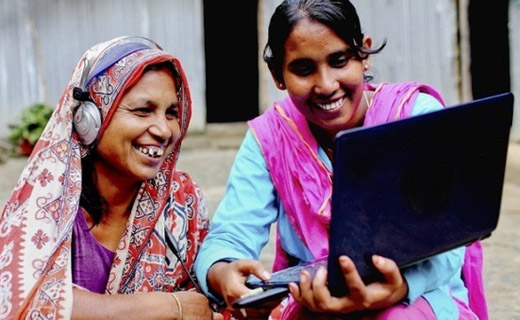 Telecommunication Minister Mustafa Jabbar said this speed of bandwidth usage is a normal result.  Since 2009 the government is working to spread internet across the country. He said, ” Submarine cable has been launched in 2006. From 2006 to 2008 it was only up to 8 Gbps. From now this usage has been increased 100 times.’’

Fibre optic connection has been established at the Upazila and union level. 3G-4G has been introduced. 88% data have been using through mobile phone across the country. When 4G was launched in February, the use of 100 Gbps bandwidth had been increased within a month. “The minister said, there will be no space left in the country’s island, enclaves, remote areas, where there will be no internet connection. If fibre optics cannot be given in any way, the satellite will be used there, but the internet connection will go definitely, he added.

At the beginning of this year, it was near 250 Gbps. It has been almost twice. This seems to grow faster, an internet businessman expects.  According to different statistics, 500 Gbps are now being used through the Bangladesh Submarine Cable Company (BSCCL). Now BSCCL has two alternative connections. Moreover, more than 300 Gbps bandwidth comes from India through Internet terrestrial cable.