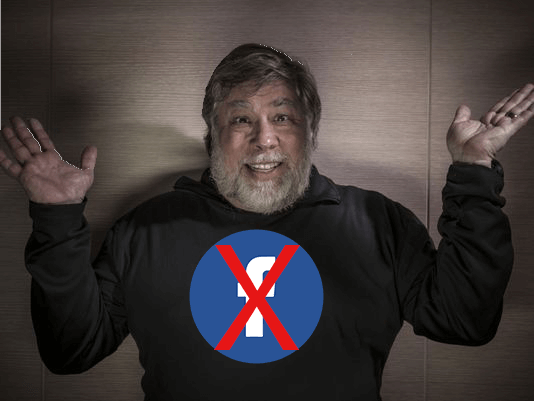 Ozaniyak has already deleted personal facebook id. He left the popular social media because of the abuse of users’ personal information.

In an interview with USA Today, Wozniak said: “Facebook has both good and bad. But the bad side is more. So I deleted the facebook id.

Wozniak also said that Apple is selling revenue from the sale. And the customers benefited from using that product. On the other hand, the social media earns a lot of money by advertising using the user’s shared personal information. In exchange, users are not getting benefits anymore. Facebook’s Cambridge Analytica scandal, and its abuse of the user’s data in the field of American politics awakened the technology world everywhere. So that Wozniak announced the farewell to Facebook.

A few days ago, technology entrepreneur Elon Musk deleted the Facebook account of Tesla and SpaceX owned by him.

In 2014, Facebook opened a door for third-party developers to get a certain amount of data from their platform. Data scientist Alexander Cognon created a Facebook app and took various information from users.

The whole thing came forward in front of the world by the confession of Christopher Wiley, who was associated with that work. Since then, Facebook cannot protect the information of the customers.